CD-ROM + Hoagie Foil is the 9th episode of Season 2 in the 2016 reboot version of MacGyver.

Mac and the team follow a group of Indonesian mercenaries who are transporting a lethal amount of stolen nerve gas in the hopes of tracking them to their dangerous leader. Also, Jack confronts Elwood about Riley, and Bozer is pushed to his limit in spy school.

Wilt Bozer: It was my little brother's birthday. My mom went to pick up the cake. We were playing. I don't know how he got it, it was always locked up, but-but there it was. First I thought it was a toy only it was so big in his little hand. And as he got closer, I realized it was my father's gun. He started chasing me with it. Pretending to be a policeman. And then he tripped. I had never heard anything that loud before in my life. Or seen that much blood....Congratulations. You got me to do something I haven't done since that day: Talk about Josh's death. 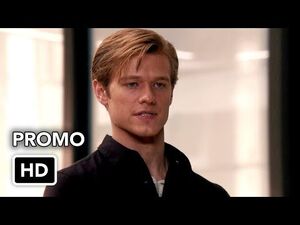 Retrieved from "https://macgyver.fandom.com/wiki/CD-ROM_%2B_Hoagie_Foil?oldid=16861"
Community content is available under CC-BY-SA unless otherwise noted.