Jet Engine + Pickup Truck is the 6th episode of Season 2 in the 2016 reboot version of MacGyver.

Using a cassette player and a plastic bucket, Mac and the team attempt to extinguish a massive oil wellhead fire in a Nigerian village, set by a rebel group, which is trying to topple its government by destroying their most valuable resource.

In Nigeria, a group of rebels ignites the wellhead of an oil pipeline, causing a fire. While Riley and Bozer protect a nearby village from burning up, Mac, Jack, and Cage work on evading the rebels and putting out the fire. Although the mission is successful, Riley and Bozer face possible disciplinary action for disobeying Matty's order to evacuate.

Angus MacGyver: This! This might do the trick.
Jack Dalton: Yeah, what kind of trick?! To e-mail Riley our last words?

Jack Dalton: When you said those explosives need high impact to detonate?
Angus MacGyver: A bullet would do the trick.

Riley Davis: So what are the rebels doing here, raiding it for supplies?
Wilt Bozer: Maybe. Or alternate theory: they brought us here to lock us in a house and watch us burn alive.

Matilda Webber: CIA intel said all towns near the wellhead have been evacuated.
Jack Dalton: Well, then I guess this is the first time the CIA's ever been wrong.

Jack Dalton: Looks like we're gonna have to do this the Jack Dalton way. I got the six on the left, if y'all can handle the two on the right. Okay, on three.

Angus MacGyver: You think I'm grasping at shadows?
Samantha Cage: Mm-hmm. I think the easiest way to botch an investigation is to misinterpret information so that you can follow a theory you hope to be true.
Angus MacGyver: Confirmation bias.

Jack Dalton: Hey, Mac, I know this might not be the best time for a heart-to-heart.
Angus MacGyver: Definitely not.
Jack Dalton: But in the event we don't just spontaneously combust right here and die I want you to know that we're gonna find your dad. You know why? 'Cause we're not gonna stop looking till we do. Well, as long as you got me around, you got family. I mean, I ain't going anywhere.

Jack Dalton: Well, if there's a silver lining to all this, it's probably the fact that I'm not the one who's in trouble this time. 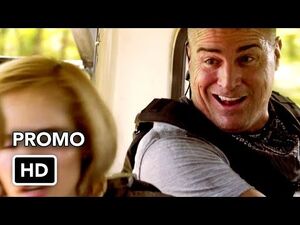 Retrieved from "https://macgyver.fandom.com/wiki/Jet_Engine_%2B_Pickup_Truck?oldid=16543"
Community content is available under CC-BY-SA unless otherwise noted.