A double date descends into chaos when Mac and Desi witness a murder in the back of the restaurant, and as they work to find the killer, Riley tries to keep the secret about her and her friends' "day jobs" from her new boyfriend, Aubrey. 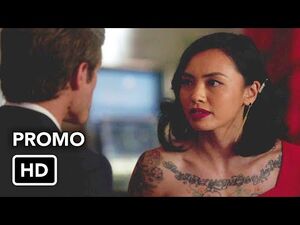 Retrieved from "https://macgyver.fandom.com/wiki/Mac_%2B_Desi_%2B_Riley_%2B_Aubrey?oldid=16450"
Community content is available under CC-BY-SA unless otherwise noted.