Mason + Cable + Choices is the 22nd episode of Season 3 finale in the 2016 reboot version of MacGyver.

A cunning new adversary's carefully crafted plans force Mac to make an impossible choice: save the life of a friend or save the lives of hundreds of innocents; Mac receives new information that will drive a wedge between him and his father. 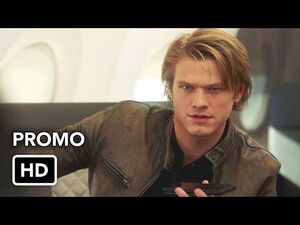 Retrieved from "https://macgyver.fandom.com/wiki/Mason_%2B_Cable_%2B_Choices?oldid=16459"
Community content is available under CC-BY-SA unless otherwise noted.