With Mac and Riley undercover with Codex, hoping to stop the organization from within, their mission is interrupted when Russ, Desi and the Phoenix team move to prevent Codex from detonating a weapon of mass destruction, with Mac and Riley caught in the crosshairs. Also, the team discovers Russ’ real reason for purchasing the Phoenix Foundation.

They head out to deal with stuff. Russ and Desi meet up with them. Riley and Angus head to a warehouse to meet up with people. Codex realized that MacGyver was still working for Phoenix so he ordered a helicopter to fire on them at the warehouse.

Gwendolyn: [to MacGyver as she is about to sacrifice herself] You deserve the world. And the world deserves you.

Russ: [he and Desi are holding Mac and Riley at gunpoint] Well, well, well. The fam's all here.

Riley: [Desi is still angry at Mac for his betrayal] Everything okay?

MacGyver: No. No, definitely not.

Russ: Sorry about the, uhhh... gun in your face thing

MacGyver: Eh, what's a gun in the face between friends? 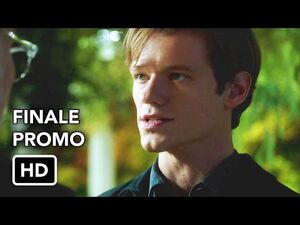 Retrieved from "https://macgyver.fandom.com/wiki/Save_%2B_The_%2B_Dam_%2B_World?oldid=16878"
Community content is available under CC-BY-SA unless otherwise noted.