Wind + Water is the 21st episode of Season 2 in the 2016 reboot version of MacGyver.

While MacGyver is in Puerto Rico helping his friend rebuild his hurricane-damaged home, he is taken hostage in the bank his friend manages when robbers attempt to steal $2 million.

MacGyver, Jack, Riley and Bozer are in Puerto Rico helping Carlos, Mac's old friend from basic training, rebuild his family's hurricane-damaged home. As they prepare to leave, the team gets wind of a group planning to steal $2 million in relief aid from the bank Carlos manages. They arrive at the bank too late, as Carlos and several others are taken hostage by the armed robbers. Mac and the team want to help, but there's a problem: Matty needs them on a plane to Los Angeles to deal with an urgent terrorist matter. Matty buys them some time by having a plane pick up the team in Puerto Rico. Mac intentionally gets himself taken hostage in the bank so he can deal with the matter from the inside. 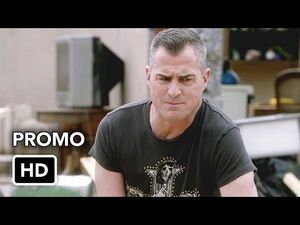 Retrieved from "https://macgyver.fandom.com/wiki/Wind_%2B_Water?oldid=16513"
Community content is available under CC-BY-SA unless otherwise noted.